Pixar founding members Ed Catmull and Pat Hanrahan are the recipients of the 2019 ACM AM Turing Prize. important – in this case to infographics.

Established in 1966, the award was named in honor of Alan M. Turing and is the most prestigious of those given by the ACM (Association for Computing Machinery).

Ed Catmull and Pat Hanrahan fundamentally influenced the field of computer graphics through conceptual innovation and contributions to both software and hardware. Their work had a revolutionary impact on cinema, leading to a new genre of fully computer-animated feature films beginning 25 years ago with Toy Story and continuing to the present day. 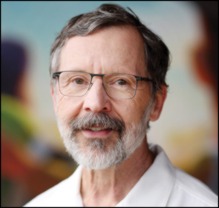 Edwin E. Catmull earned his doctorate in computer science from the University of Utah in 1974 with Ivan Sutherland, whom we consider a father of computer graphics, as his supervisor. In his thesis, he introduced the revolutionary techniques of displaying curved patches instead of polygons, from which came two new techniques: Z-buffering, which manages image depth coordinates in computer graphics, and mapping texture, in which a 2D surface texture is wrapped around a three-dimensional object. While in Utah, Catmull also created a new method of representing a smooth surface by specifying a coarser polygon mesh.

Leaving the University of Utah, Catmull founded the New York Institute of Technology (NYIT) Computer Graphics Lab, one of the first dedicated computer graphics labs in the United States. Then in 1979, George Lucas recruited Catmull to LucasFilm, where he and his colleagues continued to develop innovations in 3D computer graphics animation. In 1986, Steve Jobs purchased LucasFilm’s computer animation division and renamed it Pixar, with Catmull as chairman. 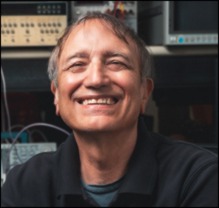 Patrick M. Hanrahan earned a doctorate in biophysics at the University of Wisconsin-Madison in 1985, then worked briefly in the computer graphics lab at NYIT and was one of Catmull’s first hires at Pixar. There he was the main architect of a new kind of graphics system, which allowed curved shapes to be rendered with realistic material properties and lighting. A key idea of ​​this system, later named RenderMan, was shaders (used to shade CGI images). Hanrahan published his research on RenderMan in a seminal 1990 paper that was presented at ACM SIGGRAPH. It would take five more years, however, for the hardware to develop to the point where the full 3D animated film Toy Story could be produced using Hanrahan’s RenderMan system. After leaving Pixar in 1989, Hanrahan held academic positions at Princeton and Stanford universities. Starting in the 1990s, he and his students extended the RenderMan shading language to work in real time on powerful GPUs that began to enter the market. The GPU programming languages ​​developed by Hanrahan and his students led to the development of commercial versions (including the OpenGL shader language) that revolutionized the writing of video games. 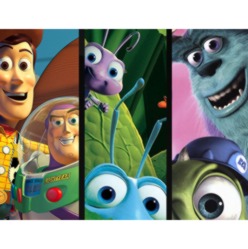 Not only has Pixar made a succession of blockbuster films using RenderMan, but it has also licensed the software to other film companies. RenderMan is now established as the standard workflow for CGI visual effects and has been used in 44 of the last 47 Oscar nominated films in the Visual Effects category, including Avatar, Titanic, Beauty and the Beast, Lord of the Rings trilogy and the Star Wars prequels, among others.
computer graphics real time united states visual effects
Share. Twitter Facebook Pinterest LinkedIn Tumblr Email