Daxiong is an internationally renowned illustrator and cartoonist, having worked in China, Europe and North America. In 1999, he created Qicartoon Studios in the province of Jilin where he is chief illustrator. In 2000, he won the Shanghai Animation & Comic Competition with his work chinese ghost stories which was published shortly after the competition. In 2002, Qicartoon Studios won third place in the Shanghai Animation Competition for its work Zhuzi Baijia. In Europe, he received top honors from the 33rd Angoulême International Comics Festival for his work in Half god and Half Devils written by Chinese novelist Jin Yong. Since 1999, through his studio, Daxiong has published more than 100 titles which are distributed in China, Japan and Taiwan. In 2008, Daxiong was arrested in China because his art offended the Chinese Communist Party. After moving to New York, Daxiong founded Flag Art Studios. He was the Top 10 Special #1 artist with Wildstorm Productions and was later announced as the graphic novel artist, Star Wars: Adventures: Luke Skywalker and the Treasure of the Dragon Serpents with writer Tom Taylor through Dark Horse Comics. Daxiong was also the artist of a 10-page story called “Superman and Doctor Light in Samurai” in DC’s 80 Page Giant, Justice League of Americawritten by Amanda Mcmurry. 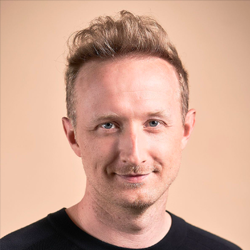 Jason Loftus is a Peabody Award-winning and four-time Canadian Screen Award-nominated filmmaker whose work spans documentaries, docuseries, virtual reality, narrative games and animation. Jason produced the Chinese cooking docuseries, Confucius was a foodie, which was named Best TV Food Series at the 2021 Taste Awards. It aired in more than 100 territories worldwide, including on PBS stations in the United States and NatGeo People Asia. Jason’s directorial debut in a feature-length documentary, starring Eric Pedicelli, was called ASK NO QUESTIONS and premiered in competition at Slamdance in 2020. It won the Copper Wing (Best World Cinema) at the Phoenix Film Festival , was endorsed by artist Ai Weiwei, and was nominated by Film Threat as Best Socially Relevant Documentary of 2021, among other accolades. ETERNAL SPRING is Jason’s sequel to ASK NO QUESTIONS and his second feature documentary as a director.