Bringing the power of graphics and AI to more users than ever before, NVIDIA announced new laptops and self-driving vehicles at CES using the GeForce RTX and NVIDIA AI platforms and expanded the reach of gaming by GeForce NOW cloud on Samsung TVs and AT&T network.

A virtual address ahead of CES showed off next-gen games, new tools for creating virtual worlds, and AI-powered vehicles, all accelerated by NVIDIA technologies.

They will serve 3 billion gamers and tens of millions of content creators worldwide, who are increasingly turning to laptops.

Many systems will ship a new GeForce RTX 3080 Ti laptop GPU, the first time the flagship 80 Ti class is coming to mobile PCs. It sports 16GB of the fastest GDDR6 memory ever seen in a laptop and offers better performance than the desktop TITAN RTX, with prices starting at $2,499.

Others will light up with the GeForce RTX 3070 Ti Laptop GPU, the newest member of our fastest growing GPU class. It can drive displays at 100fps with a resolution of 1,440 pixels, at prices starting at $1,499.

Laptops with the new GPUs will be available from February 1. They bring a fourth generation of Max-Q technologies, a systems design approach that enables the thinnest, lightest and quietest gaming laptops. 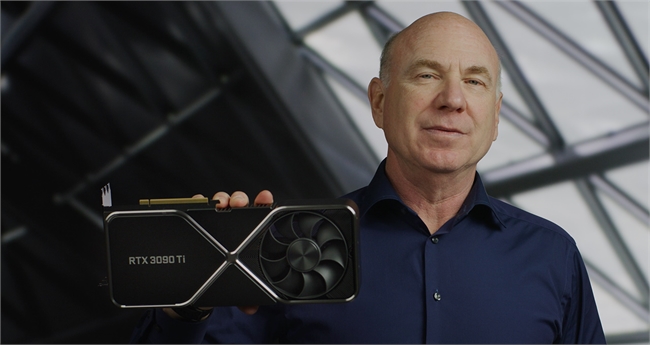 
Fisher also announced the GeForce RTX 3050, which brings ray tracing and accelerated AI to mainstream desktops. The GPU enables mass-market PCs to run the latest games at 60 frames per second, thanks to the graphics and AI cores of its NVIDIA Ampere architecture.

The RTX 3050 sports 8GB of GDDR6 memory. The card will be available from partners worldwide on January 27 starting at $249.

“RTX is the new standard, and the GeForce RTX 3050 makes it more accessible than ever,” Fisher said, showing off a “monster” RTX 3090 Ti (pictured below) also behind the scenes.

The RTX 3090 Ti will pack 24GB of GDDR6X running at 21Gbps, the fastest memory ever. The GPU will produce 40 teraflops for shaders, 78 teraflops for ray tracing, and a whopping 320 teraflops of AI muscle. More details will arrive later this month. 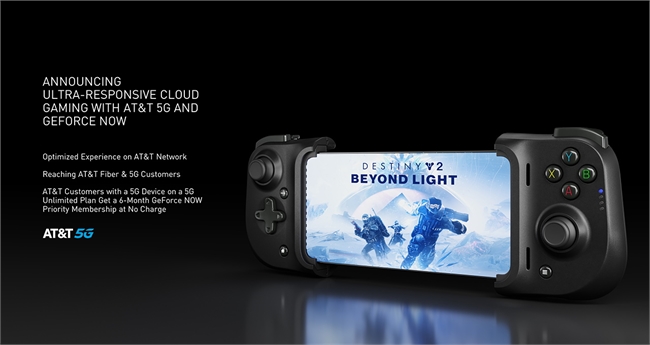 Giving new wings to high-performance mobile gaming, AT&T and NVIDIA are working together to provide customers with an optimized experience. And AT&T customers get a special offer to enjoy NVIDIA GeForce NOWon 5G.

“Starting today, AT&T customers with a 5G device on an eligible plan can get a six-month GeForce NOW priority subscription for free,” Fisher said.

For its part, Samsung will bring NVIDIA’s cloud gaming service to its smart TVs through the Samsung Gaming Hub around the middle of the year. This is the latest move to bring GeForce NOW into the living room. In November, LG showed off a beta version of the service on its 2021 WebOS smart TVs.

On the gaming front, GeForce NOW continues to expand support for the Electronic Arts catalog, adding Battlefield 4 and Battlefield 5 to GeForce NOW’s online library of over 1,100 PC games played by 15 million users. subscribers.

Escape From Tarkov and Rainbow Six Extraction add DLSS, while The Day Before and Dying Light 2 Stay Human add both DLSS and ray tracing.

And we’re raising the bar in esports. A new class of 27-inch esports displays with 1440p resolution and G-SYNC at refresh rates up to 360Hz will soon be available from AOC, ASUS, MSI, and ViewSonic. 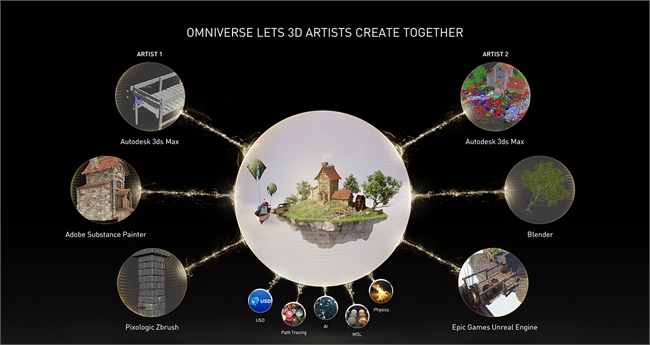 
For the 45 million professionals who create games, movies and more, Fisher outlined tools transforming their workflows.

“We are at the dawn of the next digital frontier. Interconnected 3D virtual worlds… with shops, houses, people, robots, factories, museums… will be built by a growing number of creators, collaborating across the world,” he said.

“It’s the future of 3D content creation and how virtual worlds will be built,” Fisher said. 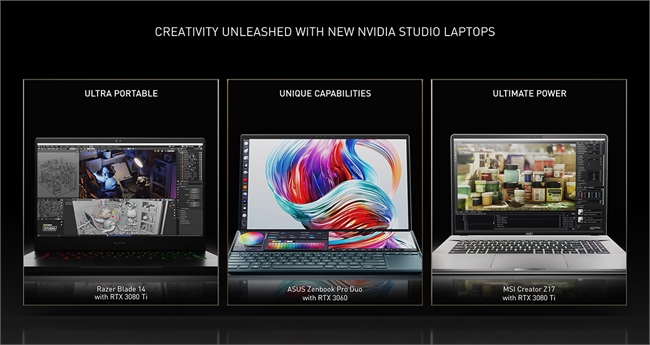 He detailed the new features of Omniverse, including:

• Updates to Omniverse Audio2Face, an AI-enabled app that animates a 3D face based on an audio track, including direct export to Epic’s MetaHuman to create realistic characters

• And a host of free digital assets now available in the Omniverse launcher of major 3D markets.

Additionally, we’ve updated NVIDIA Canvas, our Studio app that converts brushstrokes into photorealistic images. Available for free download here, it now supports 4x resolution and new materials like flowers and bushes thanks to the efforts of NVIDIA researchers who developed GauGAN2. It’s part of NVIDIA Studio’s broad and deep software stack, which powers over 200 of the industry’s best creative applications.

All of this software is available in systems as svelte as the Razer Blade 14, a new ultraportable with an RTX 3080 Ti.

“I feel like I can go anywhere with it and still be able to produce the quality artwork I could do at home,” said a 3D artist who gave it a try driver and shared his experience in the special address. 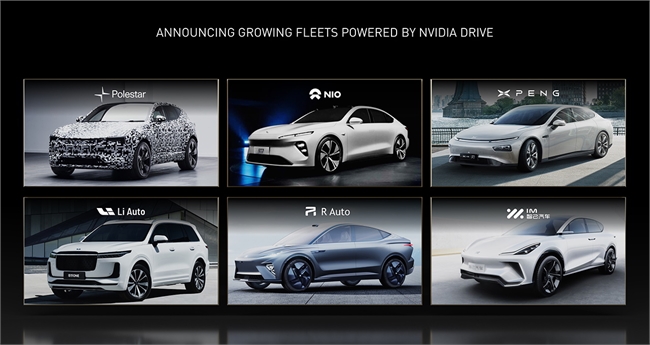 Bringing AI to the streets

The latest generation DRIVE Hyperion 8 is engineered with redundant NVIDIA DRIVE Orin SoCs, 12 state-of-the-art surround cameras, nine radars, 12 ultrasounds, forward-facing lidar, and three interior sensing cameras. It is designed to be functionally safe, so that in the event of a computer or sensor failure, a backup is available to ensure the AV can lead its passengers to a safe location.

EV manufacturers such as Polestar and Volvo-backed EV companies in China including NIO, Xpeng, Li Auto, R Auto and IM Motors have all adopted DRIVE Hyperion.

“These new electric cars will get better over time with every live update,” said Ali Kani, vice president and general manager of NVIDIA’s automotive business.

“These companies can benefit from new software-based business models,” he added.

Robotaxi services like Cruise, Zoox and DiDi and trucking services like Volvo, Navistar and Plus are also adopting DRIVE Hyperion.

Autonomous trucking company TuSimple announced at CES that it will be building its new platform on NVIDIA DRIVE Orin. It works with leading delivery companies such as UPS, Navistar and Penske, and its technology has already improved arrival times for long-haul US Postal Service routes.

These vehicles will help fill an estimated shortage of more than 140,000 drivers by 2027 in the United States alone.

Kani ended the session with a demo of NVIDIA DRIVE Concierge.

“From AI in the car to AI in the cloud, NVIDIA is leading the way to safer and more efficient transportation,” Kani said.